They said I was The One.
They made me their Queen.
The truth is, I was the last resort.
But I’m not done yet.
I am the one I’ve been waiting for.

I’m an orphan. A hacker.
I grew up with nothing and no one.
But it turns out my whole life has been a lie. There’s only one person I can trust — but even he is not what he seems.

Sworn healer who will kill for the one he loves.

Protectorate soldier. Loyal to a fault. Concealing a deadly secret.

Apothecary. Unreliable in a fight. Holds a grudge.

GET YOUR BOOK CLUB NOTES.

The Luck of Edenhall is a glass cup from the fourteenth century with a long history of mystery and superstition. It is currently held at the Victoria and Albert Museum in London but it once belonged to the Musgrave family of Edenhall in Cumberland, and was said to have brought them great luck.

According to The Fairy Mythology: Illustrative of the Romance and Superstition of various Countries, published in 1833, the cup was believed to be a sacred chalice which once belonged to fairies.

A butler from the Musgrave Estate came across a group of fairies with the chalice near St. Cuthbert's Well in the garden near the house. After a struggle, the butler stole the chalice from the fairies and the fairies flew away.

But not everyone is so sure.

According to an article published in The Gentleman’s Magazine in 1791, the butler didn’t steal the chalice; the fairies simply left it behind when they were startled. As the fairies flew away, they called out a warning to the butler:

“If this cup should break or fall
Farewell the Luck of Edenhall!” 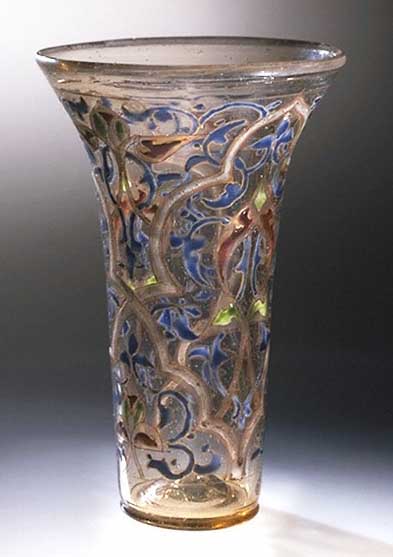 The Lion and the Unicorn are symbols of the royal coat of arms of the United Kingdom.

King James I added the unicorn to the royal coat of arms when he ascended the throne of England in 1603.

Officially, the unicorn on the coat of arms represents Scotland and the lion represents England.

Kasey spent over a decade climbing the corporate ladder as a management consultant until she woke up one morning and realised she didn’t want to go to work. Ever again. This inspired her to write her first book Thirty Something and Over It (Random House, 2009). After it become an international bestseller she decided to continue writing. She has now published four additional books: Thirty Something and The Clock is Ticking (Random House, 2011), OMG! That’s Not My Husband (Carlton Books, 2011), OMG! That’s Not My Child (Carlton books, 2011), Guilt Trip (Black Inc, May 2017)

Read by over 10 million people worldwide, she writes a weekly column for Nine Publishing’s Daily Life, and for other publications in Australia, the UK and US such as the Huffington Post, The Age, The Herald Sun, The Sydney Morning Herald, Grazia, the Daily Mail, Girlfriend Magazine and Best Magazine.

Christopher's work has been published in The Age, Sydney Morning Herald, The Australian, Courier-Mail, The Canberra Times, Crikey, Business Spectator, The Monthly, Overland and Arena Magazine.

He holds a PhD in Politics from Monash University and is currently Academic Director of Swinburne University of Technology’s Curriculum Accelerator.